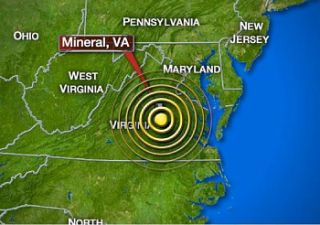 Within minutes of the quake, Chyron said Axis World Graphics users created 15 maps illustrating activity, and within an hour, the total of static and animated maps created grew to 62. By 6 p.m. EDT, just over four hours after the earthquake struck, users had created 98 earthquake-related maps in Axis World Graphics, and by 10:30 p.m. EDT the graphics total reached 133.