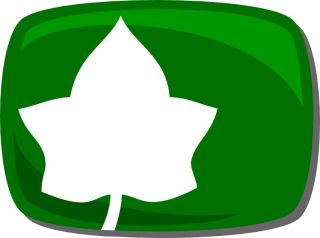 WASHINGTON: Four public public-interest groups have friended ivi.tv, the Seattle company streaming TV signals online without broadcasters’ consent. Public Knowledge and three other organizations filed an amicus brief filed with the U.S. District Court in New York’s Southern District advocating for ivi.tv. The streamer is the subject of a copyright infringement lawsuit brought by broadcasters seeking to shut it down.

Public Knowledge, Electronic Frontier Foundation, Media Access Project and Open Technology Initiative filed the brief. They characterized ivi.tv as part of an emerging wave of online video providers that are fostering competition and helping to hold down cable and satellite TV rates.

Online video providers “must be allowed to operate and innovate in this space if their promise is to be fulfilled,” the groups said. “Issuing a temporary restraining order or preliminary injunction against ivi would frustrate this potential by effectively shutting down ivi’s
business.”
The brief supported ivi’s position that it has the right to carry TV signals under copyright law because it fits the Copyright Act definition of a cable system. The Act holds that a “cable system is a facility. . . that in whole or in part receives signals transmitted or programs broadcast by one or more television broadcast stations licensed by the Federal Communications Commission, and makes secondary transmissions of such signals or programs by wires, cables, microwave or other communications channels to subscribing members of the public who pay for such service.”

ivi.tv offers around 65 channels for $5 a month in Seattle, New York, Los Angeles and Chicago, and soon, Philadelphia. It launched pre-emptive legal action last year in a Seattle federal court to prevent broadcasters from coming after it. The Seattle court recently rejected its request for a declaratory ruling that the service does not violate copyright law. The company hasn’t released subscriber numbers, nor has it sought retransmission consent as cable and satellite companies do. The PK, et al, amicus brief holds that retrans doesn’t cover Internet distribution.

“Broadcasters have no quasi-IP right to their signals; in fact, the United States has declined to enter into the Rome Convention, an instrument that would have created such a right,” the brief states. “No one has any obligation to get the consent of broadcast stations to retransmit their signals, except insofar as they are specifically required to under the law.”

Further, the groups say that while broadcasters won’t be substantially harmed if ivi.tv continues to function during litigation, ivi.tv would go out of business under a temporary restraining order.