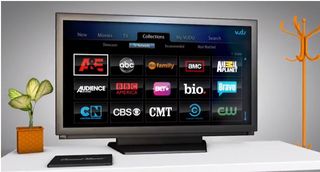 The company announced its new Channel Master DVR+ ($250 suggested retail) offering cord-cutters a TiVo-like means of finding and recording OTA programming, while omitting guide listing fees, like those TiVo and many cable, satellite and telco TV companies charge for DVR services, in addition to programming subscriptions.

The DVR+ can also connect to the Internet to receive EPG data and select streaming services. The unit has an Ethernet port for a wired connection and or viewers can purchase a $40 optional Wi-Fi dongle to connect to a wireless in-home network. Channel Master said it will start shipping the DVR+ in early January is available via Channel Master’s online store and Amazon.