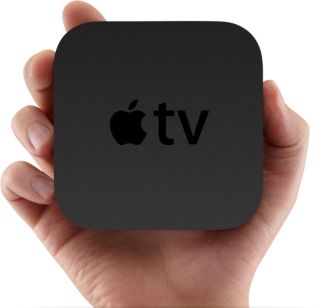 CUPERTINO, CAILF.: Apple TVs are in the mail, according to several reports today. The new $99 peripheral throws Internet content to TV sets, much like a Roku or a Boxee. However, it has the added advantage of being connected to iTunes so users can rent TV episodes for 99 cents.

Apple has programming deals with ABC, ABC Family, Fox, Disney Channel and BBC America, plus several movie studios. Apple says some movies will be available the same day they come out on DVD. Rentals start at $3 for standard-def and $4 for hi-def feature films.

The Apple TV box also connects with NetFlix, YouTube, and Flickr, much the same way established peripherals do. It picks up content from other Apple devices as well, including the iPhone, iPad and iPod.

Apple started taking orders for its TV device Sept. 1 and pledged to ship the devices within four weeks. The devices are being shipped from China, according to Giga Om’sApple Blog. The devices are due in stores next month.