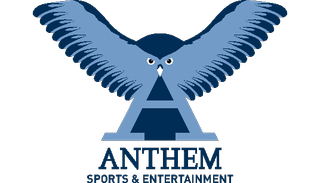 Leonard Asper, president & CEO of Anthem Sports & Entertainment, has sent a letter to FCC chairman Ajit Pai taking aim at the retransmission consent regime, prompted by the retrans disputes between Dish and Scripps (it was settled earlier this week)  and Dish and Cox Media Group (Apollo).

According to a copy of the letter obtained by Multichannel News/B&C, Asper points out that he has both operated local TV stations and, currently, independent programming services (two sports nets. AXS TV and HDNet Movies) "in the context of a worldwide pandemic, economic upheaval and social unrest."

It is a context he suggests exposes the cracks and flaws in the retransmission consent/must carry regime that "handicaps" independent programmers.

"We struggle to compete for channel capacity and revenue, both from license fees and ad dollars, against broadcasters’ immense demands on embattled cable and satellite providers," he told Pai. He said those demands include the multicast signals and affiliated cable networks that boost fees to operators that are then passed on to consumers. "These escalating broadcaster demands at each renewal have created an onerous multiplier effect, crowding out carriage by competing programmers, limiting programming diversity and choice for consumers," he said.

Pointing to the Cox and Scripps disputes, he said: "I have had longstanding concerns about retrans, but was prompted to write by the dispute between DISH and the Scripps local stations and Apollo’s Cox Media Group stations. The decision by these station groups to pull their signal - during the pandemic, when local news is of utmost importance, showed a lack of concern for their viewers and disregard for the 'localism' considerations underlying the retransmission consent regime."

Cox has said it offered Dish an extension that would have kept its "trusted stations" on the air "during these times of uncertainty," but that Dish did not agree. Scripps had said its dispute was not about rates but "other distribution terms."

Asper asked Pai to review the retrans rules and recommend changes to Congress to update the "antiquated legislative mandate."

Asper said he would be happy to continue the discussion remotely or in person when that is allowed.