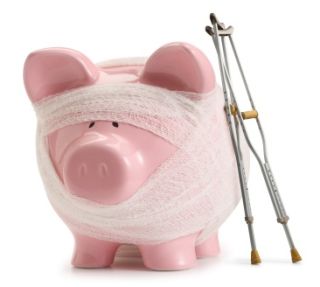 NEW YORK: Broadcasters are in better shape for the current recession cycle than they were during the first dip three years ago, according to analysts at Wells Fargo.

“Broadcast TV is in a much better position than recent stock performance would suggest,” Marci Ryvicker and Stephan Bisson wrote in an Equity Research note.

From July 19 through Sept. 2, the S&P was down 12 percent. Cable stocks covered by Wells Fargo dropped 17 percent; satellite fell 20 percent; radio, 15 percent; and TV, 30 percent. CBS, Belo, Sinclair, LIN and Gray were mentioned. The analysts said they maintain outperform ratings on CBS, Belo and Sinclair, in part because of improvements in balance sheets due to refinancing.

All five broadcasters scaled back debt-to-equity ratios, with CBS, Belo and Sinclair also cutting the amount of debt each has maturing in through 2014, leaving those three with the “most collective balance sheet flexibility,” the analysts said.

There is a wild card, however. That would be expenses. Broadcasters across the industry cut expenses so radically during the 2008-09 downturn, that investors can see little if anything left to cut. Ryvicker and Bisson said the reverse-compensation trend--whereby TV stations pay networks for affiliations--complicates the expense column, which grew slightly in 2010 after two successive years of cuts with the exception of CBS.

The broadcast TV stocks nonetheless held up under a sensitivity analysis projecting a “bad-case” scenario of a 10 percent drop in spot revenue and a “worst-case” one with a 20 percent spot decline.

“Under both scenarios, broadcast TV was just fine in terms of leverage and margin,” the analysts said.

They also took a look at how long it takes for broadcast stocks to react to economic shocks, such as the recent debt ceiling brouhaha. They concluded that the impact to broadcast TV is a few weeks out from such events because the production cost of commercials means they not as easy or economical to cancel as a radio ad, for example. So far, local advertising trends are holding up.

“For most of the broadcasters that we spoke with last week, August ‘held in’ or even finished marginally better than expected,” they said. “In general, there were no cancellations above and beyond the norm. While operators sounded relatively good, they did warn that August faced really easy comps; no one knows what is going on in Washington, and September and October are currently below budget.”

September and October pacings ranged from being flat to down in the mid-single digits, though it’s still too early to pronounce a trending decline, they said.

“Recall that October has been the ‘key’ month for auto dealership dollars to return post the Japanese tsunami,” they said. “Right now, we would characterize September and October as ‘wait and see.’”