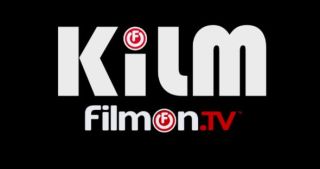 FilmOn’s announcement said the channel “is being carried on all major cable platforms in Los Angeles including Time Warner, Dish Network, DirecTV, etc.”

Programming is said to include a “variety of live and interactive shows starring Ice-T, Mike ‘The Situation,’ Sorrentino, comedian Andy Dick and Kato Kaelin;” Ultimate Fighting Championships plus an interactive series dubbed “Battlecam” where viewers participate live via broadband-connected webcams.

FilmOn started in 2010 as an online service that retransmitted broadcast TV signals before being sued by networks for copyright violation. When the networks secured an injunction, FilmOn turned to niche channels like Bohemia Visual Music and Frost Cuttlery, a knife-shopping channel. It also carried more well-known cable channels such as Jewelry TV, NASA TV and the Wine Channel. FilmOn says it now offers 160 channels plus 1,500 and currently offers 160 channels, plus more than 1,500 “amateur channels.”

The lawsuit was recently settled when FilmOn founder and CEO, Alki David, agreed to pay broadcasters $1.6 million and to comply by a permanent injunction. The Hollywood Reportersaid David immediately claimed the right to rebroadcast TV signals using an antenna array service, similar the one launched by Aereo in March. Aereo claims subscribers are leasing individual antennas from the array, which makes the service exempt from retransmission consent and copyright law. The matter is currently in court.

David said FilmOn.tv LA was the “last piece of the puzzle” for the company.

“This is true interactive television where the audience gets to vote and interact by webcam or mobile phone,” he said. “FilmOn.tv LA is currently available in 5.6 Million homes in the Los Angeles and surrounding markets. We will also launch FilmOn in other major cities later this year as well as on satellite. I expect by the end of next year to be available in a good percentage of the cable universe and OTA in the United States as well as major international territories.”