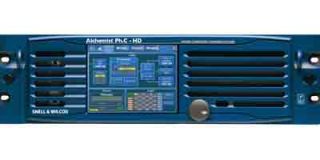 Snell will also debut new features on its ICE Channel-in-a-Box master control system, including up to four channels of HD per unit depending on the channel configuration, as well as integrated 3D and 2D graphics, CG functionality with timeline editing control, and the ability to populate fields from Morpheus automation schedule events or external data sources.