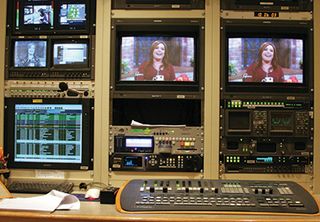 FLINT, MICH.— WJRT-TV is an ABC affiliate that serves Flint, Saginaw, Bay City and Midland. As director of engineering, one of my greatest challenges is maximizing operational efficiencies while simultaneously meeting the needs of a bifurcated market.

The station transitioned to a file-based workflow in 2001 and we were able to more quickly and consistently get content on-air. This step allowed us to reduce the number of master control operators from three to two. Another cost-saving measure was our implementation of NVerzion’s Component Level Automation System Solutions (CLASS).

Recently, the station decided to further streamline operations by adding capabilities to automatically transfer files from Pathfire and PitchBlue content delivery systems directly to our on-air server, as well as control automatic scheduling of secondary and tertiary events such as snipes and other graphics from a new WideOrbit traffic system.

NO ‘STATION-IN-A-BOX’ FOR US
After a thorough examination of available automation products, we chose to upgrade our existing NVerzion system rather than purchase a station-in-a-box automation system.

One of the primary reasons we selected NVerzion’s CLASS automation system was that it enabled us to work with a wide variety of best-of-breed equipment manufacturers, thus allowing us to capitalize on the return- on-investment value for equipment we already owned—including master control switchers and graphics systems—as well as support new components in the infrastructure such as the WideOrbit traffic system. This strategy has allowed us to achieve our main objective and help us further increase operational efficiencies and lower operating costs.

HIGH LEVEL OF RELIABILITY
Another prime advantage inherent in a traditional automation system such as NVerzion CLASS is reliability. As we all know, in broadcasting, reliability is the name of the game, and with the CLASS modular-based architecture, there is no single point of failure. Should a component or module ever fail, we can easily bypass it, keeping the signals fl owing on-air and ensuring a seamless broadcast experience from both an operational standpoint and in terms of what our viewers experience.

Currently, the NVerzion automation system controls our main high-definition channel and the Live Well Network subchannel we’re running; and in the near future we plan to extend its control to our weather subchannel. CLASS automation is highly scalable, so it will allow us to easily control this third channel without the added expense of another workstation, once again optimizing efficiencies and reducing operating costs at the station.

Our latest NVerzion upgrade now completely automates our master control and traffic scheduling, further reducing the number of staff required to operate our master control and news operations from two down to one. We’re now able to dedicate this additional manpower to other tasks, such as live shots which do require a live operator.

At the end of the day, NVerzion automation has proven to be a reliable tool that is saving WJRT-TV a considerable amount of capital and operating expenses, while still allowing us to deliver a high-quality television to our viewers.

Skip Orvis is the director of operations for WJRT-TV and has more than 30 years of engineering experience in broadcasting. He may be contacted atskip.orvis@abc12.com.