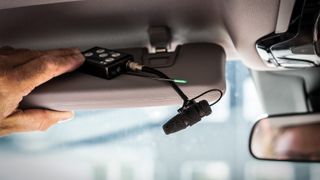 With the same sonic qualities as the company’s 4097 Core Choir microphone, the compact 4097 Core Micro Shotgun, is optimized to pick up speech from a distance, it said.

“We spoke with professional sound engineers to find out what they needed in their toolboxes and designed the 4097 CORE Micro Shotgun as a plant mic solution to complement their other equipment,” said René Mørch, product manager, DPA Microphones.

“Used in combination with our boom mics and lavaliers, the 4097 Micro Shotgun becomes the final piece of a complete microphone package to meet the needs of any TV or film production. Since the 4097 has the same sonic characteristics as all DPA mics, it is now easy to capture reliable, high-quality audio that doesn’t need dubbing or hours of mixing and post-production work,” he said.

The DPA toolkit of microphones offers audio professionals consistent sound, which makes it easy to swap signals from each mic without compensating for different sonic characteristics in post-production, the company said.

Built to stand up to harsh environmental conditions, the mic is IP58 certified for protection against water and dust. The 4097 Core Micro Shotgun microphone is configured with a MicroDot connector and an adapter for wired and wireless use. A swivel at the end or the gooseneck enables optimum positioning to achieve the best audio pickup, DPA Microphones said.

When used wirelessly with a transmitter, the mic is easily hidden in nearly any production scene, including tight shooting areas such as a car, where the mic might be clipped onto a sun visor.

More information is available on the DPA Microphone website.