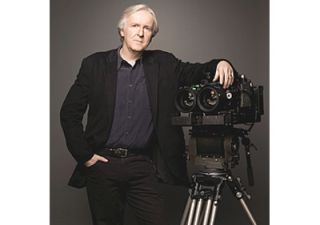 The future of 3D entertainment will take center stage at NAB as filmmaker James Cameron and acclaimed cinematographer and CEO of PACE, Vince Pace, have been tapped to deliver the opening keynote address on Monday, April 11 at the 2011 NAB Show in Las Vegas. Cameron, the creative force behind the two highest grossing motion pictures of all time, and Pace, a world-renowned visual effects visionary and 3D innovator, will discuss recent developments and innovations in 3D technology and storytelling and future implications for the entertainment industry at large.

Vince Pace
Cameron's films have blazed new trails in visual effects and set numerous performance records both domestically and abroad. His films have earned numerous nominations and awards from a variety of organizations, including "Titanic's" 14 Academy Award nominations (a record) and 11 Oscars (the most any movie has received), which included Cameron's wins for Best Picture, Best Direction and Best Editing. "Avatar" won Golden Globes for Best Director and Best Picture, and won three of the nine Academy Awards for which it was nominated. "Avatar's" astonishing cinematography and success is the result of a collaboration between director James Cameron and cinematographer Vince Pace.

Individually and collectively, Cameron, Pace and FUSION 3D have captured some of the world's most captivating images and productions, including "Avatar," "Tron: Legacy," "Aliens of the Deep," "Ghosts of the Abyss," "Titanic," "The Abyss," "Expedition: Bismark" and "U2 3D." Over a decade ago, Cameron, Pace and President of PACE, Patrick Campbell developed innovative technology for FUSION 3D, touted as “the most advanced stereoscopic acquisition system ever created.” FUSION 3D is now the most utilized, creative and proven 3D and workflow system available today.