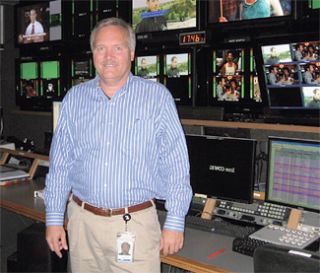 We’re part of the Cox Media Group (CMG), which owns KTVU and KICU-TV as a duopoly and operates them from a common facility. CMG also owns KRXI-TV in Reno, Nev., and we also manage on-air operations for both it and KAME-TV, a MyNetworkTV affiliate in Reno.

This arrangement isn’t your typical centralcasting scenario with a central hub and several spokes. While the system can be managed centrally from Oakland, the Reno stations can also break away and manage their own on-air operations.

A single operator sits at a Harris IconMaster master control switcher here in Oakland and takes care of on-air operations for both KTVU and KICU-TV and their ancillary channels, as well as the main channels for KRXI-TV and KAME-TV. The Oakland facility fulfills playlists through ADC automation and remotely monitors transmitters via an IP network.

All 15 Cox stations use ADC and a centralized OSi-Traffic system located in Atlanta. And all of the stations can share traffic data and copy, and have easy access to playlists. The CMG IT team is also based in Atlanta and having OSi in a central location makes it easier for them to monitor and maintain the system. There are many benefits in having an integrated OSi and ADC system. We regularly use several ADC modules, including Automated Ingest, which helps prep materials for air. Automated Ingest pulls syndicated content delivered to our Pathfire and Pitch Blue cache servers. OSi-Traffic tells Automated Ingest what to grab and when it will run, ensuring content is prepped and ready for air.

We recently began practicing offline with Harris’s Live-Update, which uses the BXF standard to connect our traffic and automation systems. It also enables our traffic people to add a commercial or change the log, and this instantly updates the playout system. We have set our cut-off for automated changes at one hour, and the system manages the exchange.

We recently beta-tested the ADC Anybase module which allows our operators to prep incoming programs for air. It also provides storage for input/output points, EDLs, and other metadata within a shared Anybase database. Operators at our stations runing the same shows can pull the same metadata and timings from the Anybase server, allowing us to share work across stations. We’re also testing the ADC PSIP Manager application.

The Harris ADC and OSi-Traffic systems let us manage the complex, time-critical tasks related to all our different stations with their different formats and operations, reliably and efficiently. With ADC automation and OSi traffic, we feel that we have made the best use of our people’s talents and creativity to further enhance our on-air product.

Lee MacPherson is director of engineering for KTVU/KICU-TV. He may be contacted at lee.macpherson@ktvu.com.

For additional information, contact Harris at 800-231-9673 or visit broadcast.harris.com.