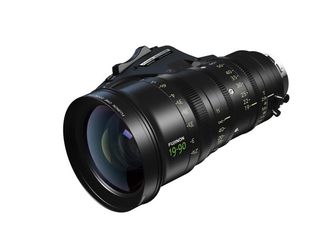 FUJIFILM has announced the first deliveries of its PL 19-90 Cabrio ZK4.7x19 lens to video rental companies SIM Digital and AbelCine.

The Cabrio lens, introduced at the 2012 NAB Show, is part of the company’s PREMIER PL Mount Zoom family. The lightweight and compact ZK4.7x19 features an exclusive detachable servo drive unit that makes it suitable for use as a standard Cine PL lens or as an ENG-Style lens.