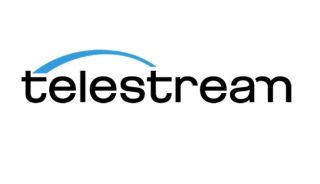 GILLINGHAM, U.K.—FooEngine is a U.K.-based SaaS company focusing on media processing of program content for streaming providers worldwide. Having done this for many years in the short form commercial delivery market, we knew how to handle video delivery over the internet.

In order to create the world’s first video orchestration platform focused on the long-form industry, we settled on an “API-first mentality,” which would enable us to build an open and extensible virtual platform for connecting to any third-party processing tools and services we required to get the job done. At FooEngine we want to process content faster than ever before leveraging the near limitless computing power available in the cloud.

FROM MONTHS TO DAYS

Previously, streaming preparation could take months for long-form programs. With audiences stuck at home craving new content, this timeline was unacceptable, so we built a solution to bring long-form content to market faster. While the short-form world works in seconds and MBs/GBs, the long-form world is TBs/PBs.

TCP, AWS, together with cloud-agnostic Telestream processing services from Vantage Cloud Port, we were able to shorten months to days for long-form processing tasks. FooEngine uses Telestream Cloud Services to enable the central architecture of our intelligent media workflows. These services include QC as a Service for technical inspection and validation of master and final deliverable content.

We also deploy Telestream’s Cloud Flip Service for transcoding to common distribution formats. Having everything in the cloud gives us unlimited processing capabilities; the core idea behind bringing media into the cloud is that the data doesn’t move. You need to be able to QC the file, do the processing, wrap up your metadata, then push out again without moving the media around.

With the ability to detect media offline, black and silence, FooEngine analyzes each file at 600x real time and produces reports for operators to access the file remotely in FooEngine’s private platform. We make use of machine learning to analyze media files quickly for problems that technology can detect, but humans approve to ensure everything looks as good as it possibly can. FooEngine uses Vantage Cloud Port for transcoding and media processing to advanced broadcast deliverable formats. Advanced frame rate conversion is performed using Cinnafi lm Tachyon technology for the highest quality. The system uses Telestream’s Timed Text Flip for subtitle and closed-caption processing.

Our new platform can accept any format from 640x480 to 8K at any frame rate and in any video codec. It offers the world’s first SaaS solution for audio, offering Dolby E encode and decode, channel swapping, upmixing and downmixing with world standard loudness correction or analyzing.

FooEngine harnesses media information that is used to drive data-centric workflows allowing 100,000s of hours of content to seamlessly pass through the platform. Whether it’s video QC, format conversion or more powerful broadcast format workflows including subtitle and caption conversions, we are covered with the Telestream Cloud Services Toolkit. Like FooEngine, Telestream Cloud is cloud-agnostic, so this fits perfectly with our tech stack.

We have recently acquired a major North American broadcast customer who is using FooEngine to repurpose its content for distribution throughout Latin America. Within three weeks of opening, FooEngine had already processed around 40 TB of data, including 4629 separate episodes and incidents.

The service we’re providing is not really feasible utilizing on-premises CAPEX equipment. The beauty of a SaaS offering is that you pay as you go. Being able to service multiple locations out of an office that is not central was previously unheard of, but the pandemic has driven industry workflows to this business model as a necessity. The model works so well and is so economical, we believe it will stay this way for customers going forward.

Ben Smith is CEO and co-founder of FooEngine. He has been in the industry for decades, having launched BEAM.TV, workflow tool for creatives in 1995. Most recently he launched Waive, a Talents Rights tool for the creative industry. He can be reached at ben@fooengine.com.