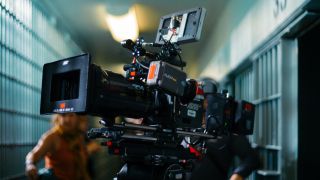 LOS ANGELES—Today there’s no such thing as a project for one distribution medium. While the last century had movies finding their way to television and VHS, the theatrical screen was the focus (no pun intended). Now, filmmakers know that their projects will be seen on TVs, which used to be referred to as the “small screen” (although they’re not so small anymore).

I’ve used Cooke Optics prime lenses a lot in my career, especially for commercials, so I know how to shoot for television. For commercials, I would use Cooke S4/i prime lenses, which are spherical—as opposed to anamorphic—allowing theatrical widescreen images to be optically squeezed to be recorded on a narrower sensor or film stock like 35mm.

My choice of Cooke spherical lenses over others comes down to one thing: It’s all about the look. Cooke lenses render faces perfectly and have a great sense of depth that I don’t find in other lenses.

My exclusive use of Cooke spherical lenses would change in 2017 with the multiple award-winning short “Night Shift,” which chronicles a restroom attendant in a Los Angeles nightclub. “Night Shift” takes place almost entirely in a restroom, and with the square tiles on the restroom wall, it was like having to shoot a lens grid. I tested a bunch of anamorphic lenses, and the Cooke Anamorphic/i lenses were the only ones that would render true in the center of the frame without any color separation and not produce crazy anamorphic flaring—that was my “aha” moment. While I had used the spherical Cooke S4/i lenses a ton, the Cooke Anamorphic/i didn’t disappoint.

Then came “Clemency,” a full-length drama that would have many scenes shot in the tight confines of a former Los Angeles prison with dedicated shooting spaces. Shooting in a jail cell in anamorphic would be almost the same shooting conditions as “Night Shift.”

To be able to get as far back from the actors in a prison cell as possible, the camera and lens kit for “Clemency” consisted of an ARRI ALEXA Mini and Cooke Optics’ Anamorphic/i 25, 32, 40, 50, 65 MACRO, 75 and 100mm primes. I should mention that while the 65 MACRO is designed to allow extreme closeups, it also works as a standard 65mm prime lens—that was how I always used it—it’s such a beautiful lens and was my primary closeup lens. Plus, Cooke’s /i technology not only records all of the lens data to the recorder for post-production, it’s also a great production tool, putting lens data—such as lens setting, focusing distance, aperture and depth-of-field—on the monitor.

As writer/director Chinonye Chukwu wanted to create a sense of isolation in the frame, we used negative space a lot. We’d go from wider to closer through the film using a combination of the small ALEXA Mini and Cooke Anamorphic/i’s, sometimes having the back of the camera literally against the wall in the prison cell.

My choice of Cooke Anamorphic/i lenses helped me get the space I needed to shoot from a practical standpoint, but they helped to create the artistic look of “Clemency” as the film counts down to its final outcome, starting with negative space and ending very close.

Cooke lenses make people look great; they’re warmer and more about the face. That’s why Cookes are my go-to lens.

Eric Branco has lensed several feature films, including “V/H/S” and the upcoming “The 40-Year-Old Version.” He can be contacted at ericbranco@gmail.com.