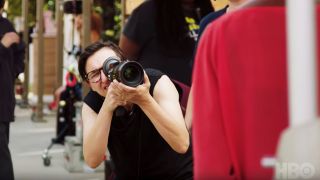 LEICESTER, U.K.—The use of Cooke Optics 5/i prime lenses the last few seasons on HBO’s comedy series “Insecure” has helped director of photography Ava Berkofsky and director/executive producer Melina Matsoukas define the look of the show.

After the initial season, Berkofsky started using the Cooke 5/i T1.4 series of prime lenses, replacing the more traditional zoom-style lens for a half-hour comedy. The two full kits of new lenses featured nine focal lengths ranging from 18mm-135mm that were used with two ARRI Alexa Mini cameras. Most of the storytelling Berkofsky used the 65mm lens, but for the show’s distinctive breaking of the fourth wall she would use the 5/i 32mm at 3.5 feet.

“The 5/i is such a thorough set, they’re matched so well, even the 135mm,” said Berkofsky. “We would bounce all over the place. Always trying to figure out how to compress space; there was always a choice between focal lengths that gave me a consistent look.”

Berkosfky and the show earned a Primetime Emmy nomination for Outstanding Cinematography for a Single-Camera Series (Half Hour) for an episode in season three that used the Cooke lenses.

“The 5/i’s really are an integral part of developing the look of ‘Insecure,’ they are so specifically engrained in the DNA or the personality of the show,” said Berkofsky. “These lenses have been really, really good to me.”