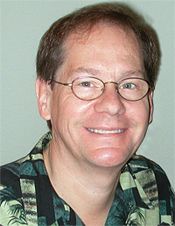 Pete Fausone
LOS ANGELES—As an independent online editor and post production professional working in the television industry, I have to be quick, efficient and flexible. What others working on a single project might do in a week, I need to be able to do in a day. There can be no delays and that weekly episodic deadline will not budge, regardless of any slowdowns or interoperability issues. I need efficiency and reliability.

In any given week, I could be handling online editing work for four to five episodes of several television shows, including "Eureka," 'Psych," "In Plain Sight," and "Warehouse 13," with each show bringing along its own post requirements and formats. Projects might change, but the deadlines are constant.

One of the great things about doing episodic television work is the diversity of the shows themselves. Some are special effects-intensive, while others have a very specific look and feel that require extensive editing and color correction. Each has its own specific technical requirements for onlining because of this, and I have to be completely flexible with my own technology setup.

One of the products that I've built my workflow around is the Blackmagic Design DeckLink line of capture and playback cards. For almost a decade, they have been one of the cornerstones of my tech setup, and I depend on them to do their jobs quickly and consistently. With my work on the NBC Universal shows, the setup includes a DeckLink HD Extreme 3D card, which is used in conjunction with Final Cut Pro, Avid MC5, and After Effects.

"In Plain Sight" and "Psych" are good examples of the types of post workflows that the Blackmagic Design card easily handles. Initially, the shows were shot in 16mm. Now, they've transitioned to ARRI Alexa and are completely file-based using ProRes 4444. With the DeckLink HD Extreme 3D card, I can easily move from capturing HDCAM SR footage in uncompressed 444, to now doing playout for ProRes files.

As part of my work on each show, I also set up the offline workflow. Depending on the show, this can involve setting up offline editing systems for five to seven picture editors. Each of these systems comes equipped with a Decklink Studio card, as they easily handle the multitude of I/O needs coming into the offline suites.

I have a reliable offline through on-line workflow that I can trust to never slow me down, and in online editing for television, speed is everything.

Beyond giving me the ability to work with any format or with anything else that crosses my path, Blackmagic Design is a company that understands what it takes to succeed in the post industry. Their roots are in the post production world and the people in the company have spent time in the trenches. The DeckLink product's efficiency, flexibility and reliability are the key reasons I can handle multiple shows each week.

Pete Fausone is a Los Angeles-based independent online editor. He may be contacted at fausone@mac.com.

For additional information, contact Blackmagic Design at 408-954-0500 or visit blackmagic-design.com.