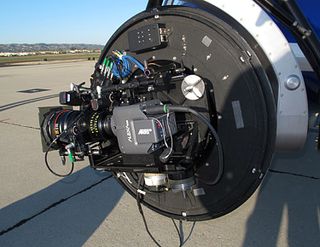 During filming, Cinematographer Bill Bennett ASC and others associated with the production put the ALEXA M camera body inside the helicopter, so it was easier to change data cartridges on the Codex recorder and manipulate camera controls.

The camera body was connected to the camera sensor block in the Eclipse mount with a very robust fiber optic cable. The promo, which will be shown on a large-screen, features scenic aerial views of the Santa Monica Pier, Hollywood sign, and downtown Los Angeles at sunset.