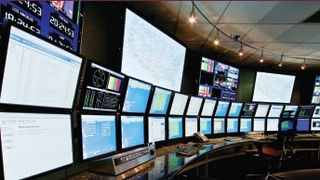 In April 2011, The Switch announced an aggressive expansion plan to scale its current network from six cities to 50 cities. After soliciting requests for proposals for a network mesh solution from fiber transmission carriers in North America, the switching service selected AT&T.

In phase one of the expansion, the fiber network uses 20 NVISION 8500 Hybrid routers to connect each of the new switching facilities. The system design and integration was performed by Beck Associates.

The next challenge was to incorporate elements that would allow for enhanced network automation. For resource allocation management and scheduling, the switching service used the ScheduLINK system from ScheduALL. This system, in tandem with the Nimbra Vision and iControl, gives customers the ability to book any media resources needed for transmission configuration, as well as the scheduling and management of occasional use fiber circuits and bandwidth.

Fifteen cities had become operational as of November 2011. The Switch will roll out the additional 29 locations in three phases, with five additional U.S. locations in 2011, and 24 locations in Canada and other top U.S. media markets in 2012.

The Switch also has invested in upgrades to its customer-controlled user interface, with plans to launch a next-generation, Web-enabled customer control system to be deployed on users' touch screens.