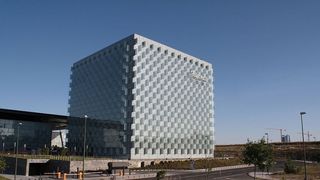 Spanish communications and media giant Telefonica is creating a unified video delivery platform to support its pay-TV operations, mostly in Europe and Latin America. Called Global Video Platform (GVP), it will be deployed in partnership with Microsoft, which has already provided its Mediaroom middleware software for Telefonica’s domestic Imagenio IPTV service in Spain.

The decision by Telefonica (Europe’s second-largest Telco after Deutsche Telekom) to unify video delivery on a worldwide basis via a cloud-type infrastructure, heralds an emerging trend among multinational pay-TV providers to rationalize their operations for the multiscreen era. It no longer makes sense to maintain separate silos for different broadcast delivery sectors such as satellite, cable and IPTV. Earlier this year, Orange France started migrating its pay-TV customers onto a common infrastructure from separate IPTV and DTH platforms using a platform provided by its sister company Viaccess-Orca, although that does not have the same scale or reach as Telefonica’s proposed GVP.

Like Orange and also Deutsche Telekom, Telefonica’s pay-TV services are mostly IPTV with some DTH to reach subscribers outside its fixed line footprint or, as in Brazil, to get going in markets where it had little presence on the ground. GVP will combine the managed IPTV and DTH infrastructures with unmanaged networks, to incorporate emerging OTT (Over The Top) services within a common transport platform. With Mediaroom at the core, it will also utilize associated Microsoft technologies, notably its PlayReady DRM, and Silverlight media application framework.

“This new platform allows us to reflect the deep and rapid changes happening in this market,” said Vivek Dev, director of Digital Services, Telefonica Digital. “It offers the ease and convenience of a global, convergent platform while maintaining flexibility over content for our local businesses. Most important, it allows us to meet customer demands for access to video content on an ever-expanding range of devices.”

Existing infrastructure is already being migrated to GVP in Spain, Brazil and Chile, with Telefonica planning to roll out across all its markets over the next few years. It will, according to the operator, enable advanced features such as trick-play and time-shifting to be made available consistently across all devices and services.

The move signifies the reinvention of Mediaroom in the OTT era after some doubts had been cast over its failure to gain full endorsement for multiscreen services from some other operators, such as BT in the UK and Deutsche Telekom. But, its strategic multiyear agreement with Telefonica will renew momentum behind Mediaroom and increase its prospects of adoption for other large scale IP video infrastuctures beyond national IPTV services.

The GVP announcement came just a week after Telefonica had launched an infrastructure-as-a-service (IaaS) offering for enterprises, developers and businesses, designed to compete head on with the big, global, cloud-based IT services such as Amazon’s Elastic Compute Cloud (EC2), Microsoft’s Windows Azure and Google’s Compute Cloud Engine. Although the two moves are not directly connected, they both herald Telefonica’s ambition to become a major global infrastructure and cloud services player, and will incorporate some common components. So, in a way, Microsoft could be helping Telefonica compete with itself.

Telefonica has also just announced that it earns more from Latin America than Europe for the first time. Its domestic Imagenio IPTV service is losing subscribers, while its overall European pay-TV base is down 5 percent over the last year to just 1 million. On the other hand, in Latin America, TV subs have increased 7 percent year-on-year to stand at 2.4 million on September.