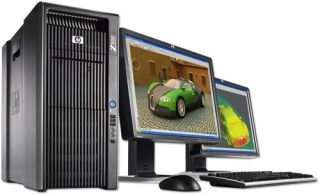 NVIDIA has launched the second generation of its workstation platform — NVIDIA Maximus — which features Kepler, a new GPU architecture that offers users the ability to simultaneously perform complex analysis and visualization on a single machine.

The Maximus platform was introduced last November, and it initially broke new ground as a single system that handles interactive graphics and the computer-intensive number crunching required to simulate or render them, resulting in dramatically accelerated workflows.

Broadcasters, graphic designers and content producers will benefit due to the increased processing and speed in the new processors. The system is ideal for broadcast graphics, virtual sets, special effects and video processing used to lower the cost of television production.

The system includes increased frame buffer capacity of 4GB, plus a next-generation PCIe-3 bus interconnect that accelerates data movement by 2X compared with PCIe-2. An all-new display engine can drive up to four displays simultaneously with a single K5000 Display Port 1.2 support for resolutions up to 3840 x 2160 @60Hz.

Users are not limited by image quality or resolution with the system. Designers can use real-world physics, lighting and materials during interactive design and visualize with photo-realistic image quality. Film editors and animators can work in real-time on projects, create complex simulations and interactive visual effects, and work in 3D texture painting workflows without being constrained by a maximum number of textures.