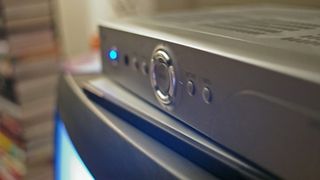 A total of 15 multichannel video providers and device manufacturers that deliver service to more than 90 million American households have agreed on a set-top box energy conservation pact that will result in annual residential electricity savings of $1.5 billion. The voluntary, five-year Set-Top Box Energy Conservation Agreement goes into effect Jan. 1, 2013.

The agreement states that at least 90 percent of all new set-top boxes purchased and deployed after 2013 will meet the U.S. Environmental Protection Agency (EPA) ENERGY STAR 3.0 efficiency levels. Based on market projections for set-top box deployments, this will result in residential electricity savings of $1.5 billion annually, as the agreement is fully realized.

For immediate residential electricity savings, “light sleep” capabilities will be downloaded by cable operators to more than 10 million digital video recorders (DVRs) that are already installed in homes. In 2013, Telco providers will offer light sleep capabilities, and satellite providers will include an “automatic power down” feature in 90 percent of set-top-boxes purchased and deployed.

Energy efficient whole-home DVR solutions will be available as an alternative to multiple in-home DVRs for subscribers of satellite and some Telco providers beginning in 2013.

“Deep sleep” functionality in next-generation cable set-top boxes will be field-tested and deployed if successful.

According to the EPA, which administers the ENERGY STAR program, set-top boxes that are ENERGY STAR-qualified are, on average, 45 percent more efficient than conventional models.

To create accountability and support transparency, the agreement’s terms include detailed processes for verification of set-top box performance in the field, annual public reporting on energy efficiency improvements and posting of product power consumption information by each company for its customers.