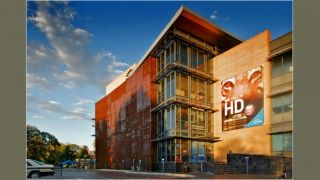 A major pay TV piracy operation has been busted in Africa, leading to the arrest of two Chinese nationals in Botswana after a year-long clandestine undercover operation. Irdeto, a content security company with joint headquarters in Amsterdam and Beijing, has revealed it has been working with DTH operator MultiChoice Africa and the Botswana Police Serious Crime Squad to investigate and disrupt the illegal distribution of pay TV content across the whole of sub-Saharan Africa. Irdeto’s Anti-Piracy and Forensics Unit and MultiChoice Africa Anti-Piracy Department continuously monitors for signs of pirate activity and illegal broadcast redistribution across the continent. The arrests in this particular case came over a year after it was discovered that a piracy operation fronting as a refrigerator sales and repair company was found to be extracting “control words” from MultiChoice Africa smartcards, and then distributing them to consumers who had bought pirate circumvention devices, such as Magicbox, Avatar, Hawk, Microbox and Eagle.

This led eventually to the two arrests, when the Botswana Police Serious Crime Squad, along with representatives from MultiChoice Africa, raided the premises of the pirate operation that had been selling Magicbox pirate circumvention devices to subscribers in five countries, Botswana, Malawi, Zimbabwe, Zambia and South Africa. During the raid, the police found and confiscated 1800 Magicbox pirate circumvention devices, along with computers, a laptop computer, a smartcard reader, MultiChoice Africa smartcards and a large amount of cash.

Control word sharing is one of three categories of pay TV security threat, the other two being content redistribution and cloning. With control word sharing, a pirate discovers a common key used to decrypt the content and distributes it via the Internet or otherwise. Cloning involves replication of some part of the receiving device’s security software or hardware such that control words can then be extracted and used to decrypt content, with the level of threat depending on the nature of the clone. Content redistribution is where a pirate makes a high-quality copy of content after it has been legally decrypted and then redistributes it over the Internet.

Control word sharing has been taking over from cloning as the biggest threat to pay TV operators, although increasingly in the future, content redistribution is likely to become a major source of piracy in the multiscreen era. This is because the high bit rates available with broadband services, combined with more efficient encoding, will enable high-quality HD content to be redistributed after being legally obtained and decrypted, such that it does not matter how secure the conditional access is.

But currently Africa, and particularly MultiChoice as the dominant DTH operator in a region where cable and IPTV are confined to just a few big cities mostly in South Africa, has suffered badly from control word sharing piracy. This is why MultiChoice set up its own dedicated anti-piracy department, conducting surveillance in multiple countries in the south of the continent. Irdeto was a natural partner as the supplier of its content security, enabling the operator to centralize management of all on-demand content with automated content encryption for delivery to STBs, PCs and mobile devices that support Windows Media DRM and PlayReady.