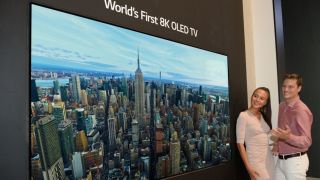 UHD-1 (i.e., 4K) has been in the market for more than eight years, and according to the Ultra HD Forum there are more than 150 4K live and on-demand services. 4K channels are being deployed by broadcasters all around the world. On the OTT side, SVOD platforms have demonstrated their commitment to 4K. Out of the Netflix catalogs, 17% are in 4K, and reportedly 30% of Netflix’s 193 million subscribers have the UHD package, making it the largest 4K platform in the world with 57 million subscribers.

4K technology has been around for almost a decade. 4K was first streamed by Netflix in 2014, and the Rio Olympics was the first large event to broadcast 4K live, although at that time not many operators could distribute it due to the lack of 4K-capable STBs. As of today, the Ultra HD Forum estimates there are around 189 UHD services, with 79% of the services being live and 21% on demand. Taking a closer look at those services, 47% support High Dynamic Range (HDR) and 22% support Next-Generation Audio (NGA).

While 4K is popular, has it truly peaked? The answer is: not really. In some countries such as the United States, there is still not a single 24/7 live UHD service, and ATSC 3.0 is just being deployed by broadcasters. Korea took a more voluntary approach by first broadcasting 4K 24/7 using ATSC 3.0 in the 2018 PyeongChang Winter Olympics.

UHD-2 (i.e., 8K) is the primary focus in Japan and was supposed to be demonstrated at the 2020 Tokyo Olympics, which is now postponed to 2021 due to COVID-19. China deployed 4K at the end of 2019 and is planning more 4K channels in 2020. As the host of the Beijing 2022 Winter Olympics, China expressed interest in providing 8K coverage, demonstrating its technology leadership.

In addition, broadcasters in France, Brazil and Italy are planning 4K terrestrial deployments for the 2024 timeframe. Having content in 4K will incentivize distributors on the broadcast and OTT sides to deliver the long-awaited 4K experience.

UHD-2 is the natural evolution of UHD-1, as it proposes using more pixels and the same techniques as UHD-1, including Wide Color Gamut (WCG), HDR, High Frame Rate (HFR), NGA and Content-Aware Encoding (CAE). Figure 1 depicts the technology roadmap for UHD-1 and UHD-2.

In 2019, 8K was introduced by TV manufacturers, with very limited content available. In Japan consumers can enjoy 8K NHK via satellite, while some OTT services such as The Explorers are offering 8K VOD services on connected TVs. At the 2019 CES conference, the 8K Association was formed to promote the adoption of 8K.

Content providers are still trying to assess the impact of the 8K format on the consumer experience. There are several key challenges the industry needs to address for 8K to become a mainstream format.

First, the industry needs to have content, or the willingness of content providers to produce in 8K. At the 2020 HPA conference, Warner Media presented the results of 8K testing versus 4K content displayed on an 8K OLED TV. The panel of users noticed very little difference between 4K and 8K while watching a variety of content, including movies and documentaries. Neither broadcast nor sports content was produced, and the content that was shown was at 30 fps. Therefore, more testing will definitely be needed to cover additional use cases.

With current technologies on the production and display side, the Hollywood community is not convinced about investing in 8K production. It’s important to note that with 8K, new writing rules will exist, similar to what happened during the transition from HD to UHD. For instance, a wide viewing angle is now possible to cover a complete soccer field. In light of those observations, Harmonic has decided to produce its own 8Kp60 HDR soccer content that will be used for further 4K vs. 8K comparisons.

The workflow is also important. Typically, 8K would require 48 Gbps, either using 4x12G SDI infrastructure or delivery over IP using ST 2110, which is still not fully interoperable for UHD-1 (12 Gbps). Needless to say, the 8K live production workflow, especially over IP, will not be ready for prime time for several years. It is interesting to note that BT Sports, after a live demonstration of 8K at IBC 2019, has decided to deliver some 8K EPL matches to connected TVs for the 2020-2021 season, meaning it has a live 8K production workflow ready.

Distribution is another critical aspect of 8K. Today, 8K delivery is done either via satellite, like in Japan, or over IP to connected TVs. Operators want to deliver 8K at the lowest possible bitrate. Today, the deployed 8K services are using HEVC, and the bitrate is between 85 Mbps for satellite and 65 Mbps for OTT.

At IBC 2019, Harmonic demonstrated single pass file-based cloud encoding, showing promising results in HEVC using Content Aware Encoding (CAE)  at bitrates between 25 Mbps and 35 Mbps, depending on the content complexity. The biggest benefit of HEVC is that it is deployed on all 8K devices. The arrival of new codecs like VVC promise a 50% reduction compared with HEVC. In around two to three years, it’s expected that the VVC 8K bandwidth range will be below 20 Mbps using CAE. This will bring 8K down to 4K bitrate values. Of course, VVC devices are needed as well as more clarity on the VVC licensing terms. This is being handled by the Media Coding Industry Forum.

Furthermore, the industry needs consumer devices at an affordable price. Since 8K requires large display panels, the “8K wow effect” will only be visible for 80 inches and above, keeping the price high and limiting the adoption of 8K devices.

If 8K content is not going to be produced before some time, 8K large size panels need a few more iterations to reduce in price and new codecs will not be available for several years to keep the bitrate down, what is the best way to deliver 8K to consumers in the coming years?

There is a large consensus in the industry that the solution is to send 4K to an 8K TV that will upconvert the content to 8K with a high-quality upconverter. Samsung has introduced its ScaleNet system that produces metadata to assist with upconversion on the TV side. Other TV manufacturers rely either on AI or super resolution techniques to produce the best 8K quality, without any assistance. This is a win for content providers who do not have to invest in 8K production, network operators who do not need to build additional infrastructure and TV manufacturers who can sell 8K TVs.

The drawback of this approach is that not all 8K TVs are equal, and the content quality is not controlled by the content provider. Another route is to start with a 4K production and upconvert to 8K at the headend side. This guarantees that 8K quality is the same for all devices, and it can be delivered today using HEVC or tomorrow with VVC. Harmonic will show the potential of such super resolution schemes at the RG Lab 2020 with France Télévisions.

4K deployments are not yet mainstream, although around the world there are about 189 UHD services. More broadcasters will deliver UHD content in the coming years, and important events in 2022 (Beijing Winter Olympics/Qatar FIFA World Cup) and in 2024 (Paris Summer Olympics) are expected to boost UHD adoption.

After 2024, the technology maturity, the arrival of new codecs, the cost reduction of large size 8K panels combined with the availability of resources to deploy a new system, will align for 8K to take off. In the meantime, upconversion technology at the headend or on the TV side is the best short-term solution.

Thierry Fautier is vice president of Video Strategy at Harmonic.