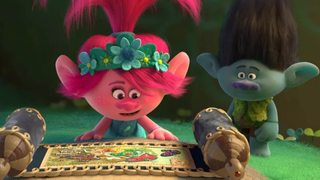 The deal culminates over a decade of rising tension between movie distributors and exhibitors, with the former increasingly anxious to establish flexibility for marginal titles. That tension has boiled over amid the COVID-19 pandemic, with theaters shut down and studios looking for other ways to monetize their titles.

The Universal-AMC deal allows the theater chain to participate in the premium VOD window.

"AMC enthusiastically embraces this new industry model both because we are participating in the entirety of the economics of the new structure, and because premium video-on-demand creates the added potential for increased movie studio profitability, which should in turn lead to the green-lighting of more theatrical movies," AMC's chief executive, Adam Aron, said in a statement.

It’s unclear as to how much revenue participation AMC will have.

Universal enraged its theatrical distribution partners at the outset of the social distancing era in March, when it announced that "Trolls World Tour," "The Hunt," "Emma" and "The Invisible Man" would be available for $19.99 rental on transactional streaming services like Vudu the same day they were to be released in theaters.

It’s viewed as unlikely that Universal will apply the premium VOD strategy to bigger titles like those last two franchises—it’s more for low- to mid-budget genre films.

“The theatrical experience continues to be the cornerstone of our business,” said Donna Langley, chairman of Universal Filmed Entertainment Group. “The partnership we’ve forged with AMC is driven by our collective desire to ensure a thriving future for the film distribution ecosystem and to meet consumer demand with flexibility and optionality.”

The arrangement doesn't necessarily foretell peace in our time for media companies and exhibitors.

Stankey, however, did say that SVOD premiere might be appropriate for marginal theatrical releases.