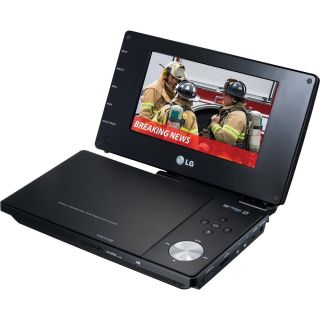 COLUMBUS, OHIO: Two more stations are ready to transmit mobile DTV. WSYX- and WTTE-TV are now outfitted to transmit up to four channels of mobile DTV service. The stations are run by Sinclair, a member of the Open Mobile Video Coalition and the Mobile500. Both groups are actively promoting mobile DTV--over-the-air digital TV developed for transmission by local TV stations.

Sinclair-owned WSYX is the ABC affiliate, with MyNetworkTV and ThisTV on carried in diginets. WTTE is the Columbus Fox affiliate owned by Cunningham Broadcasting and operated by Sinclair through a local marketing agreement. Both were retrofitted for mobile DTV transmission by Acrodyne Services, a subsidiary of Sinclair.

Acrodyne was said to have designed a “redundant, failsafe system” for the stations that includes real-time monitoring of the main and mobile signals. Rohde & Schwarz contributed the mobile DTV exciters and emission multiplexers; Harmonic, the transcoders and Triveni, the ESP and PSIP generator. Andy Whiteside, general manger of Acrodyne, said the upgrade went smoothly, with no disruption to normal station operations.

The two Columbus stations now are set to launch mobile DTV service this year. WBNS-TV, the Dispatch-owned CBS affiliate; and WCMH-TV, the Media General-owned NBC affiliate, both in Columbus, area already doing so. According to the OMVC, 52 TV stations in 27 markets across the country now transmit mobile DTV signals, which can be picked up with a few handheld and laptop devices such as LG’s DP570MH. A few USB dongle tuners are available as well. Receivers are still emerging in the market. The Consumer Electronics Association lists a total of 18 of these.

Mobile DTV is expected to be a hot topic at the 2011 NAB Show in Las Vegas April 11-14. A Super Session on the subject is scheduled for Monday afternoon at 2:30 p.m. in the South Hall, Room 222. Gary Arlen will moderate a panel that includes Saul Berman from IBM, John Fletcher of SNL Kagan, Ronen Jashek of Siano Mobile Silicon, Randa Minkarah of Fisher Communications and Erik Moreno of Fox.