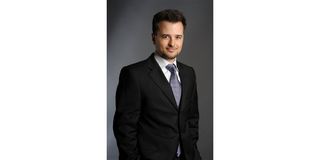 "We're pleased to have someone of Straker's caliber join our team in such a pivotal role. Not only has he had an outstanding management career in the broadcast technology field but he also has the customer's perspective through his prior career in TV news," said Steve DeFrancesco, vice president and general manager of Telecast Fiber Systems. "Straker's diverse experience in international and domestic sales, marketing, and strategy, will be instrumental as we continue to build a global presence for Telecast Fiber Systems solutions among the worldwide broadcasting community."

Coniglio joins Telecast Fiber Systems from Avid Technology, Inc., where he served for more than 12 years in key director-level sales and marketing positions for the Asia/Pacific region. Most recently, he was senior market solutions manager, broadcast, where he developed and drove strategic cross-functional initiatives within Avid's broadcast business segment. Prior to Avid, he served as director of sales and marketing, Asia/Pacific, for Pluto Technology and director of production and streaming media for Interactive Video Technologies. Before entering the broadcast technology field, Coniglio worked as a video journalist, editor, and news photographer for two Honolulu television stations — a period in which he received Emmy awards for "Best Coverage of a Breaking News Story" and "Single News Broadcast." He holds an MBA from Northeastern University, a bachelor degree in business management from the University of Phoenix, and an associate degree in television production from the University of Hawaii.

"Telecast Fiber Systems has an outstanding reputation for technology excellence and high-quality products that meet a wide range of fiber optic transport requirements," said Coniglio. "I look forward to working with such a talented group of professionals as we take our global sales organization to the next level."