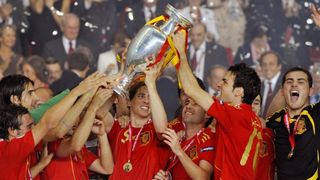 Spaniards spent an average of just over four hours a day in front of the TV during 2012, with that number rising during the year to peak at 269 minutes in November, according to a report from the consultancy firm Barlovento Comunicación.

This is further evidence of TV viewing rising in proportion to economic decline, continuing a trend over the last few years as average incomes have slumped in the country. This is also reflected in the highest viewing figures being in the poorest regions, with Andalucia, in the south of Spain, having the highest consumption of 285 minutes per day, followed by Aragon and Valencia with 275 minutes each daily. The country’s relatively prosperous regions of Galicia, in the north of Spain, and Madrid, the capital, had the lowest level of consumption at 220 minutes and 229 minutes, respectively.

But, the higher viewing did not bring commercial success, since much of it occurred on free-to-air channels, and increasing poverty was reflected in lower response to TV advertising, which declined as a result. At the same time, many of Spain’s regional TV channels, which are controlled by autonomous communities, are fighting for survival after the central government said they must be either be privatized or closed as part of measures to reduce budget deficits.

The country’s recent success at football, with the country holding both the FIFA World Cup and EUFA European championship at the same time, as well as dominating the continent’s club competitions, is one factor behind the 2012 growth. Unlike England’s Premier League, Spain has one free-to-air domestic game on national TV each week, so that people unable to afford satellite and cable subscriptions can still watch iconic players such as Lionel Messi and Cristiano Ronaldo, neither of whom are Spanish but both play in the country. But, this free availability was threatened as collapsed advertising revenues forced commercial broadcasters to consider moves to make money from the highly viewed football matches.

In the event, the government stepped in during August 2012 as the football season was about to begin, and an agreement was reached for continuing free access to football matches for the three seasons 2012-13, 2013-14 and 2014-15.