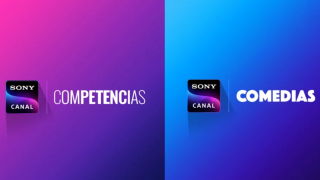 CULVER CITY, Calif.—Sony Pictures Television is bringing a free, ad-support television service specifically designed for Spanish-speaking viewers in the U.S. to the air with the announcement of Sony Canal.

Sony Canal will consist of a portfolio of channels that feature original programming from SPT International Productions’ library of content. At launch, there will be two channels available—Competencias, focusing on competition series and game shows, and Comedias, which will feature comedies and dramedies.

The Sony Canal apps will be available for consumers through Vizio’s SmartCast Smart TV platform.

“The U.S. Hispanic audience is one of the most rapidly growing segments in the country,” said TC Schultz, executive vice president, Network Operations, Programming & Strategy, at SPT. “With these channels, whether it’s comedies or game shows, we are excited to have a new home for Sony Pictures Television’s diverse content offerings that appeal to multifaceted, Spanish-speaking viewers.”

A sampling of some of the content that will be available on the channels includes “Escape Perfecto” on Competencias, and local language productions of “La Niñera” (“The Nanny”), “Quién Manda a Quien” (“Who’s the Boss”) and “Casados Con Hijos” (“Married… with Children”) on Comedias.