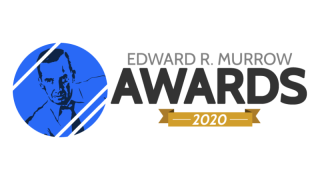 More than five thousand entries were submitted for this year’s edition, a record. RTDNA handed out 750 awards in 14 regions, representing more than 350 local radio and TV news outlets from 49 states and four countries.

The complete list of 2020 regional winners can be found here.

All regional winners are automatically moved on to the national round of consideration, which also includes digital news organizations and network competitors.