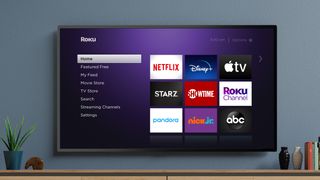 One of the main new features of the OS 9.3 is that it is going international, adding Spanish language commands and adding new markets where Roku Voice is available. Users in the U.S. and Mexico will be able to speak commands in Spanish to search for content and operate their Roku devices. In addition, Roku Voice is now available for users in Canada, Ireland and the U.K., allowing for voice command over media playback controls and search functions. Canada, Mexico and U.K. Roku users can also now operate Roku devices through Alexa-enabled and/or Google Assistant devices.

OS 9.3 has a bevy of new search and discovery features as well. Roku Voice search results will now be presented in a more visual display of categorized rows. More than 50 streaming channels now support direct playback from search when using Roku Voice. When searching for news, saying “show me the news” will direct users to a Roku Zone of news channels, “play the news” will automatically launch a live stream of ABC News, and “play the news on…” and naming a specific news channel will automatically launch that channel and remember the preference for future commands.

The Roku Mobile app also is upgraded as part of the new operating system. The app will feature a new navigation bar and quick access to icons to launch mobile app features.

Additional updates include a reduction in device boot times, faster launch times for a select number of channels and a more responsive home screen.

The OS 9.3 update is free and is expected to be rolled out to all Roku users in the coming weeks.