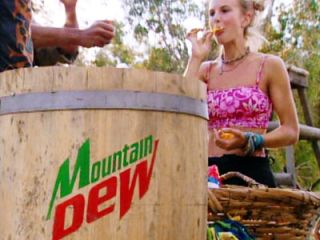 Nielsen said reality shows on both broadcast and cable networks had the most placement occurrences during the first quarter of 2011, accounting for over half of all placements. While consumers can better remember the brands of placements during sitcoms, placements in reality programs are the most effective at positively impacting viewer opinion of the integrated brand, Nielsen found.

The product-placement count was included in Nielsen’s first-quarter ad spending report. The research firm said television advertising surpassed $18 billion in the first quarter of 2011, growing almost 9 percent versus the same period in 2010. Radio took in $1.5 billion during the same period, up 6 percent from a year ago. Magazines were up 7 percent with $3.5 billion in ad sales. Newspapers fell 10 percent to $2.8 billion.

Automotive again ruled all categories, with more than $2.7 billion spent on advertising. Fast Food dropped $1.1 billion, with pharma coming in next with $1.05 billion. Cell-phone service provides spent $938 million, and $917 million was spent to run movie promos.

Other key findings in the research firm’s latest inquiry into ad spending: AdSpendQ111

~ Recommendations from personal acquaintances was cited as the most trusted form of advertisement by U.S. Internet consumers. (76 percent)

~ Mobile advertising is increasingly finding its way into mobile apps, with teenagers being much more receptive than their elders. 58 percent of teens said they “always” or “sometimes” looked at mobile ads.