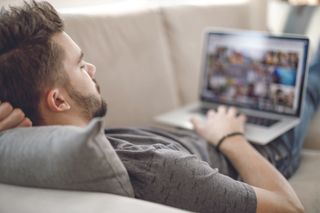 LONDON—The practice of borrowing an OTT account is occurring in one out of every seven online video households, according to research from Ampere Analysis.

“Borrowing,” as defined by Ampere, is anyone who says they are using a login for a subscription online video platform from someone outside their household. This can include platforms like Netflix, Hulu or Amazon Prime Video, or sports streaming services and niche content services.

The amount of people borrowing accounts has been on the rise in the last year. Ampere’s findings show that as of the first quarter in 2020, the proportion of global internet users borrowing an account has risen from 8% to 11% year-over-year. This equates to about 70 million households borrowing accounts in 22 markets worldwide.

Homes in India are the biggest borrower, per Ampere, followed by the Netherlands and France; Japan is the lowest. Account borrowing in China, Indonesia and the U.K. is seeing the fastest growth.

A subset of borrowers have a particular interest in borrowing sports streaming accounts. Europe has a greater proportion of users of sports services like NBA League Pass and NFL Game Pass who are borrowing. Ampere says this is likely due to the seasonality of sports, or the habit of casual fans who feel they don’t watch enough to merit a subscription.

While Ampere says that account borrowers are more likely to be younger and students, it says that more than 50% have full-time jobs and household incomes on-par with the average consumer, meaning many of them have the ability to pay for these accounts.

Three-quarters of those who borrow account details subscribe to at least one subscription OTT service, while two-thirds have pay-TV as well. More than half of respondents told Ampere they wouldn’t mind paying extra for something that gives them exactly what they want. However, as more and more OTT services are offered with different content, Ampere can see the borrowing of accounts between families and friends becoming more prevalent.

“Subscription OTT players need strategies to respond to an increasingly saturated market and entice consumers with a finite budget for content to pay for their programming—even if that means changing tack and allowing them to dip in and out of subscriptions or for bite-size chunks of content,” said Minal Modha, consumer research lead at Ampere.