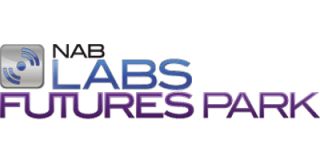 WASHINGTON—NHK will present the latest iteration of its Super Hi-Vision system at the 2014 NAB Show, including a closed-circuit demonstration of over-the-air transmission of 8K content in a single 6 MHz UHF TV channel.

The demonstration will be presented at the NAB Labs Futures Park, April 7-10 in Las Vegas. This will be the first time that wireless transmission of 8K Super Hi-Vision has been demonstrated over a single 6 MHz TV channel outside Japan. NHK will also present detailed results of a long-distance, single-channel, over-the-air 8K test broadcast recently conducted in Japan.

Progress in the increasing practicality of Super Hi-Vision systems will also be demonstrated, including an 8K video camera that weighs less than 4.5 lbs (2 kg), an 8K-capable real-time HEVC encoder and a display-integrated immersive sound system providing virtual representation of 22.2-channel sound for a domestic environment.

NHK plans to show developments in hybrid TV with a presentation of its Hybridcast system, providing interactive capabilities via a converged broadband/ broadcast service, which launched last September for regular consumer service in Japan.

NHK is one of 15 organizations presenting demos in this year's NAB Labs Futures Park, a section of the NAB Show exhibition floor reserved for broadcast-related research and development projects from around the world. Other exhibitors will demo emerging technologies, such as high frame-rate and high dynamic-range 4K video, advanced media preservation techniques, augmented broadcasting, targeted advertising and advances in video compression, 3D TV and emergency alerting.