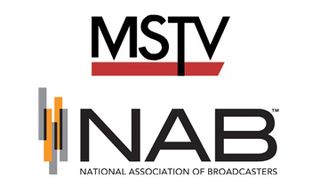 WASHINGTON, D.C.: After 54 years of lobbying Capitol Hill on behalf of broadcasters, the Association of Maximum Service Television may fold. The group’s board today voted to merge MSTV with the National Association of Broadcasters. The NAB television board previously voted to approve the proposal.

No specifics were provided about the motivation for the merger. TVNewsCheck’s Harry Jessell got wind of the vote Monday and reported that “overlap between NAB and MSTV had become too great.” MSTV represented more than 400 local TV stations. NAB has around 7,500 TV, radio and network members. TV executives serving on both boards included Martin Franks, executive vice president of planning and policy for CBS; and TV chief executives Paul McTear of Raycom, Dunia Shive of Belo, Brandon Burgess of ION Media and Alan Frank of Post-Newsweek Stations. One executive familiar with both organizations estimated around 90 percent of MSTV members were also members of NAB.

Whatever overlap there’s been, MSTV iswidely perceived as the more technical of the two lobbies. David Donovan, its president since July 2001, was instrumental in defending broadcast spectrum from interference in the form of unlicensed devices. Donovan continually pressed the Federal Communications Commission for more stringent standards on allowable power levels, antenna heights and out-of-band emissions on unlicensed devices. His early work on the issue arguably brought it to the attention of the industry.

The NAB recently created a post for a new executive vice president of technology, but nothing was mentioned regarding a post-merger organizational structure in today’s announcement:

“As a result of the merger, the legacy of MSTV’s 54 years of excellence in broadcast spectrum protection and technology policy advocacy will be continued under the consolidated leadership of NAB President and CEO Gordon Smith. This action also complements the NAB Board’s strategic direction to elevate technology issues within the organization, with the goal of ensuring a bright future for broadcasting in an increasingly technological and complex digital media world.”

The NAB offered no comment on the future of MSTV’s staff, though sources familiar with the proceeding say Donovan’s out, and that Victor Tawil and Bruce Franca will join NAB. Before heading up MSTV, Donovan served as an advisor to James Quello, a commissioner at the FCC for nearly 23 years. He also served as a legal advisor in other divisions at the commission.

Bruce Franca and Victor Tawil are MSTV’s other main policy executives. Franca joined the organization in 2006 as vice president for policy and technology. He was previously chief of the FCC’s Office of Engineering and Technology, having joined the commission as an engineer in the aviation and marine division in 1974.

Victor Tawil is an esteemed broadcast engineer and senior vice president of MSTV, which he joined in 1988. He was previously with the FCC for 14 years.
-- Deborah D. McAdams