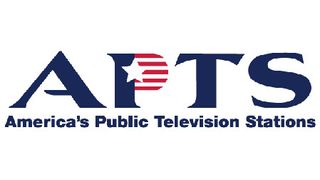 WASHINGTON—The votes have been tallied for America's Public Television Stations’ new board leaders and members, and APTS has announced that Molly Phillips of Iowa PBS has been elected to the position of board chair.

Phillips is the executive director and general manager of Iowa PBS, Iowa’s only statewide broadcasting network. Working with Iowa PBS since 1990, Phillips has dedicated her career to public television. In addition to her day job, Phillips is a past chair of the National Educational Telecommunications Association Board of Directors, and currently serves on the APTS Board of Trustees and the PBS Board of Directors. In 2010, APTS presented Phillips with the National Advocacy Award.

Additional election results for board leaders include Jefferi K. Lee, general manager of WHUT in Washington, D.C., as the newly elected professional vice chair, and the re-election of Carol Kellerman, Lay Trustee, Thirteen/WNET in New York, as the lay vice chair. Terms for all three of the elected officers will begin on Feb. 25.