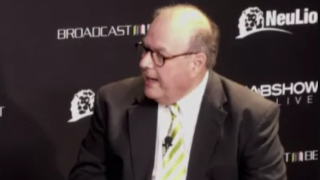 Mike Gravino, managing director of the Next Gen TV Coalition, died May 30, succumbing to pancreatic cancer after entering hospice care.

Gravino, a champion of low-power television who advocated for the rights of the LPTV community in Washington, D.C., was influential in winning $150 million in repack funding for low-power operators.

In April 2019, Gravino announced the LPTV Spectrum Rights Coalition, founded six years earlier, would be called the Next Gen TV Coalition, with a new mission set on “leveling the playing field” for independently owned and operated TV broadcast licensees. In March 2018 he formed Airwaves USA, an LPTV brokerage.

Industry lobbyist Preston Padden tweeted May 29 that Gravino had entered a Washington-area hospice.

Amy Brown, former executive director of SpectrumEvolution.org, in a LinkedIn post said Gravino died May 30 and noted he had “fought hard for our industry and people.”

“This one man gave so much for so many for years and we are better for it,” said John Terrill, president of the National Translator Association, adding that Gravino’s dedication to the LPTV industry “earned the respect of many, whether they agreed with him or not.”

Gravino drew praise from FCC Chairman Ajit Pai as a strong advocate “with an endearing charm” for the LPTV community, and FCC Commissioner Michael O’Reilly, who called him a “powerful force.”

Doug Thompson, a regional sales manager at Hitachi Kokusai Electric Comark, said Gravino “did what he thought was best for LPTV, and he worked tirelessly and often against the odds.”