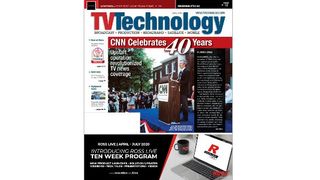 40 years ago, Ted Turner’s dream of a 24-hour-per-day news service was being transformed into a reality by a small army of construction workers, broadcast engineers, journalists and TV production people.

Read more about the founding and impact of CNN as it celebrates its 40th anniversary and the rest of TV Technology’s June issue online, or download the pdf to read offline.

Here’s a look at what else is in the issue:

Repack Heads Into the Home Stretch

As the channel repack enters its final segment, broadcasters are facing some unexpected headwinds in the form of the coronavirus pandemic.

The entire issue is available here.