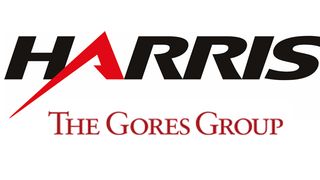 Harris announced today that it will sell its Broadcast Communications division to an affiliate of The Gores Group, a Los Angeles-based private equity firm, for $225 million.

The deal, which is expected to close in early 2013, is the culmination of an effort to sell the Broadcast Communications division announced on May 1, 2012.

The transaction includes $160 million in cash, a $15 million subordinated promissory note and an earn-out of up to $50 million based on future performance. The deal is subject to regulatory review.

"In Harris Broadcast Communications, we are investing in a proven technology leader with great products and a great team,” said Ryan Wald, managing director of The Gores Group. “We are excited to provide the capital and support to transition this division to a strong and independent company, further enabling it to continue developing and delivering market-leading technologies to its customers."

According to William Brown, president and CEO of Harris, the sale is part of a strategy to focus on its core businesses.

“As previously communicated, we plan to repurchase up to $200 million of our shares after the deal closes,” said Brown. “This is in addition to the $200 million of share repurchases already planned for fiscal 2013 and reflects our ongoing commitment to effectively deploy capital, including returning cash to shareholders."