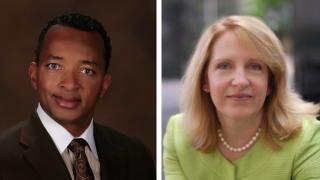 WASHINGTON—NAB TV Board Chair Emily Barr has appointed Rebecca Hanson and DuJuan McCoy to the NAB Television Board of Directors. The appointments are effective immediately.

Hanson is the executive vice president and general counsel for HC2 Broadcasting. Before joining HC2, she was head of Policy for Sinclair Broadcast Group and a senior advisor at the FCC for its broadcast spectrum incentive auction prior to that.

Hanson and McCoy both serve on the Board of Directors for the NAB Leadership Foundation.