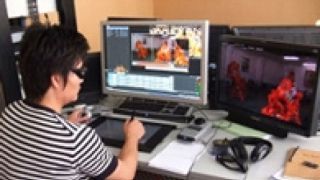 This experiment, hailed as “an important national pilot” under the auspices of SARFT (State Administration of Radio, Film and Television) and the Ministry of Science and Technology, was the result of a strategic partnership between Quantel and Jetsen, which supplied the technical infrastructure, media asset management and monitoring.

SARFT Deputy Director of Science and Technology Sun Suchuan said that by 2015 “we will undoubtedly have a number of 3-D TV channels on-air.”

The Enterprise sQ system deployed at the Guangzhou Asian Games was used to ingest two streams of HD video in real time, giving operators the flexibility to manipulate 3-D content after it was shot. Shot selection and editing then began immediately (within 250ms of media beginning to ingest), followed by craft editing as required. The resulting 3-D programming and highlights packages were then played out direct to air.

The system covered every aspect of stereo 3-D production from stereo editing, vergence adjustment, repair and color correction to real-time playout of finished stereo 3-D programming, which was watched by an audience in Guangzhou of more than 300,000 people.

The Quantel-Jetsen solution was chosen after an exhaustive yearlong research and analysis process undertaken by the Chinese national government, the Guangzhou government and the AVS TV Lab. Installation, testing and training were completed in just six weeks, leaving time for rehearsals and final preparations.