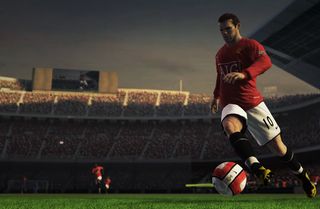 NEW YORK: Granite Broadcasting wants the next available World Cup soccer games to be played in the United States. The media company said today it’s getting behind the USA Bid Committee, a non-profit organization created to pursue the event on behalf of the United States Soccer Federation. Granite and its 12 TV stations will promote the effort with “public service announcements, online and mobile promotions and prominent news coverage,” it said.

Individual Granite Web sites will also feature links to www.goUSABid.comdescribed as “the nerve center for all USA Bid Committee initiatives and communication leading up to FIFA’s final decision.” Granite’s initiative will coincide with the first match for the U.S. Men’s National Team in the 2010 FIFA World Cup against England June 12.

“Soccer is exploding in popularity in the United States and our national team is a symbol of tremendous pride and inspiration for our country,” said Peter Markham, Granite chairman and CEO. “Granite is looking forward to lending its resources to generate support in our nation’s efforts to host the 2018 or 2022 World Cup, especially as anticipation for the quadrennial event soars for this summer’s games. A focal point of the USA Bid Committee’s campaign is an online petition supporting the bid, so soccer fans, please take a moment to sign the petition, spread the word, and grow the movement.”

The World Cup was last played in the United States in 1994, when games were held in nine cities. The United States will be competing with Australia, England, the Netherlands with Belgium, Spain with Portugal and Russia to host either the 2018 or the 2022 event. Japan, South Korea and Qatar are also bidding for the 2022 event. The FIFA executive committee is scheduled to vote Dec. 2 on the host cities for both 2018 and 2022.

Granite’s dog in the fight is its ABC affiliate in Ft. Wayne, Ind., 100 miles or so from a stadium in the running. The proximity would likely boost viewership, already expected to be huge for this year’s and future World Cup events. The cumulative TV audience total for the 2006 World Cup games played in Germany was 26 billion. More than 120 million U.S. viewers tuned in for at least a minute in 1994. Around 17 million watched the live final, according to Nielsen.

This year’s World Cup is being played in South Africa, starting tomorrow. Brazil will host the 2014 event.
-- Deborah D. McAdams

FYI, Granite’s boilerplate:
Granite stations reach more than 6 percent of the nation's television households. The portfolio consists of four NBC affiliates, three ABC affiliates, three CBS affiliates, one MyNetwork affiliate and one independent. The NBC affiliates are KSEE-TV in Fresno-Visalia, Calif.; WEEK-TV in Peoria-Bloomington, Ill.; WISE-TV in Ft. Wayne, Ind.; and KBJR-TV in Duluth, Minn. and Superior, Wis.
The ABC affiliates are WKBW-TV in Buffalo, N.Y.; WHOI-TV in Peoria-Bloomington, Ill.; and WPTA-TV in Ft. Wayne, Ind. The CBS affiliates are WTVH-TV in Syracuse, N.Y.; KDLH-TV in Duluth, Minn. and Superior, Wis. and WBNG-TV in Binghamton, N.Y. The MyNetwork affiliate is WMYD-TV in Detroit, and the independent station is KOFY-TV in San Francisco.