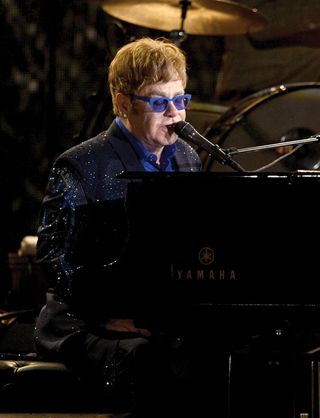 Audio-Technica supplied over 250 microphones, including an array of hard-wired mics and Artist Elite 5000 Series UHF Wireless Systems for the 55th Annual Grammy Awards held at the Staples Center in Los Angeles, Feb. 10. The event was the company’s 16th Grammy Awards.

The ceremony itself is an Emmy-winning production and was the first major awards show to venture into HDTV and 5.1 surround sound. Outfitted with tools to ensure the highest fidelity for the evening’s performances, including select Audio-Technica microphones.

The sound system was provided by ATK AudioTek with front-of-house engineers Ron Reaves and Mikael Stewart, and the house audio supervised by Leslie Ann Jones, a member of the Producers & Engineers Wing of the Recording Academy.

New Jersey/California-based remote facilities company Music Mix Mobile was onsite with its Eclipse and Horizon trucks to create the mix, facilitated by broadcast music mixers John Harris and Eric Schilling, while Tom Holmes was responsible for the overall broadcast mix.

CBS delivered HDTV, with 1,080 lines of picture resolution and 5.1-channel surround sound, for the home audience.