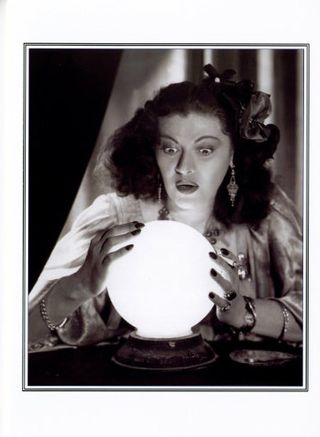 NEW YORK: The broadcast TV industry will take a hit this year but grow steadily through 2015, according to the latest forecast from Veronis Suhler Stevenson. Without ad dollars spent on Olympics and elections, broadcasters are looking at a 0.6 percent dip this year, despite gains in online, mobile and retransmission revenues. Broadcast TV spending is poised to rise, but nowhere in the neighborhood of pay TV.

The compound annual growth rate for broadcasting is pegged at 3.9 percent through 2015, with revenues reaching $57.37 billion. The pay TV industry, with its multiple revenue streams, is expected to post a 7.6 percent CAGR and reach $235.76 billion by 2015. Pay TV will grow on account of new services such as broadband, VSS said. Broadcast growth will come from getting a piece of the pay TV action in the form of retransmission, as well as from digital platforms.

Looking back at broadcast TV, Veronis said double-digit gains in online, mobile and retrans offset weakness in network and local advertising, which declined at a 1.0 CAGR from 2005 to 2010, even with year-over-year growth of 10.9 percent last year.

Spending increased by 12.2 percent to $47.44 billion in 2010, thanks to the rebound of the auto industry and spending related to the Olympics and mid-term elections. However, total broadcast TV spending is expected to decline 0.6 percent in 2011 to $47.18 billion. Gains in online, mobile and retrains won’t make up for the Olympics and political shortfall.

Retransmission consent fees grew 46.7 percent in 2010 to $1.03 billion, as broadcasters demanded higher rates from cable, satellite and telco video operators. The segment produced a CAGR of 51.9 percent from 2005 to 2010.

Veronis updates its five-year forecast twice a year. The most recent, issued today, calls for the U.S. communications sector to grow 4.1 percent annually through 2015, generating $1.12 trillion in spending.

In the VSS analysis, broadcast falls into the Traditional Media category, along with newspapers and radio--both broadcast and satellite. The forecast for newspapers continues to be dismal, while radio is on track to post a 4.2 percent CAGR through 2015, generating $22.16 billion in spending. Outdoor and out-of-home spending is pegged at a 9.2 percent CAGR, or $12.08 billion, fueled in large part by digital signage. Traditional media on average will post a 1.9 percent CAGR, the lowest of six categories:

While the CAGRs vary across the categories, the market share of each remains relatively stable from 2005 through the analysis period. (See graphic.)
~ Deborah D. McAdams