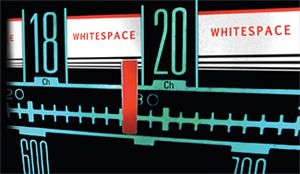 The purpose of the database is to track open channels, or white spaces, within the TV spectrum, and communicate those channels to unlicensed devices. It will be the sole source of interference protection for TV signals and wireless microphones.

The final rules opening the TV spectrum to unlicensed devices were adopted last September after two years of deliberation and reconsideration. Preventing interference with incumbent licensees was a pivotal criterion. Broadcast lobbies pushed for spectrum-sensing technology in addition to a database. Spectrum-sensing technology would enable individual devices to detect unoccupied spectrum.

Companies vying to make what came to be called "TV band devices," or TVBDs, said spectrum sensing was unnecessary. Microsoft has been testing TVBD prototypes for two years. Its early spectrum-sensing technology failed repeatedly in lab tests, but broadcasters came to support the feature as a backup for the geo-location database. Wireless Internet service providers stepped into the ring last year and opposed spectrum sensing on the grounds it would result in denials of service on WISP networks.

The FCC ultimately nixed the spectrum-sensing requirement from its original rules, but allowed that it "expected" device makers to voluntarily incorporate it. The rules governing TVBDs went into effect Jan. 5.

The FCC's white space database will list the radio frequency channel assignments for all the TV stations and other protected fixed operations in the country. TVBDs will have to ping the database to determine what frequencies are free in a given location at a given moment.

Broadcast lobbies favored a single database manager to avoid confusion. The FCC went with all nine that submitted proposals, in part as a model for future arrangements.

"While the operation of multiple database administrators may present some coordination challenges, we find it is in the public interest to have multiple parties developing business models for this new mechanism," the order said. "The value of this exercise extends beyond databases for the TV bands, as the commission is also considering employing similar database approaches in other spectrum bands."

The commission granted conditional designation to the nine because the final rules were issued after their proposals were submitted. The designees are expected to file supplemental information on their original proposals, but the FCC said each had sufficient "technical expertise" for the task, as well as viable five-year business plans. The companies will be allowed to charge fees for "fixed TVBDs and temporary broadcast auxiliary fixed links."

The National Association of Broadcasters and the Association for Maximum Service Television objected to all of the proposals, saying they didn't fully comply with the FCC's white space rules. Some of the designees went after each other. Key Bridge Global LLC of McLean, Va., blasted Google and Comsearch for conflict of interest, since both intend to make TVBD technology.

"We intend to exercise strong oversight of the TV bands databases and administrators," the FCC order said. The commission's Office of Engineering and Technology will hold mandatory workshops for the designees on how to comply with database rules. Each individual database will be subject to a 45-day trial before it goes live—longer if the FCC finds problems.

The first such workshop is scheduled for Thursday, March 10 at the FCC's lab in Columbia, Md. The nine conditional designees are:

Mountain View, Calif.-based Google is the largest of the nine to submit a proposal. It was one of the main proponents behind opening TV airwaves up to unlicensed devices, along with Microsoft, Dell, HP, Philips and Intel.

Comsearch of Ashburn, Va., works with several federal agencies on developing rules and standards for using radio frequency spectrum. The company currently manages a spectrum database in the 70-90 GHz band as well as one tracking wireless medical telemetry services. It submitted a 55-page proposal to the FCC.

Neustar of Sterling, Va., threw in to be a database manager. The company's proposal notes that it manages the database for cell-phone number portability. In addition to databases serving wireless carriers, Neustar administers the .us and .biz domain registries.

Key Bridge Global LLC said it is only applicant to bring in technology from other companies. Key Bridge's proposal listed Sun and Oracle hardware, Amazon's cloud computing resources, Level 3's infrastructure as well as contributions from Java, Linux, Google and Paypal, among others.

Frequency Finder of Toccoa, Ga., and RadioSoft of Edgewater, Fla., jointly applied. Their proposal says RadioSoft has been processing FCC databases since 1981, and has "supplied third-party FCC data queries online since 1987."

WSdB LLC was formed just to manage a white space database. Neither its filings nor its home page indicate location headquarters, though its initial investor is based in Dallas. It proposes to create an application programming interface to enable real-time synchronization with other databases.