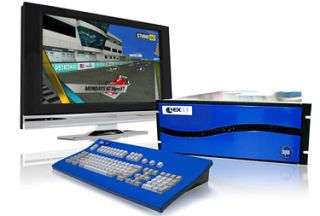 "The LEX 3.1 is designed to meet the current performance requirements of users ranging from smaller sports broadcasters to national broadcast groups, as well as to give them the future opportunity to launch stereoscopic 3D broadcasting both simply and cost-effectively," said Peter Morrone, senior vice president of engineering at Chyron. "Support for stereoscopic 3D is yet another benefit afforded by the increasing processing power of our on-air graphics systems and by the ongoing technical gains achieved in the Chyron lab. We're pleased to be bringing this added capability to Chyron customers."