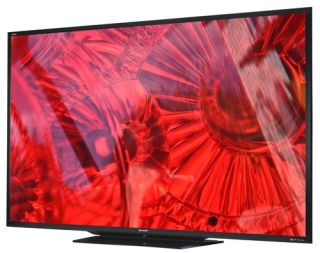 LAS VEGAS -- Combining interactive Internet content and linear broadcast or cable video on the TV screen – and making it easier for viewers to access content simultaneously – is moving beyond the simple “smart TV apps.” And the size wars for big screen TVs continues, with the curious twist that some manufacturers are making “smaller” large screens that challenge the perception that the new Ultra High Definition 4K technology is most impressive at sizes larger than 60 inches.

And although 3DTV’s profile is noticeably lower this year, the feature is still embedded in dozens of new TV models.

The annual International CES technology extravaganza is delivering it usual blend of sensory overload, with a heavier-than-ever emphasis on wireless products and services. The push to assure sufficient bandwidth for these devices will inevitably weigh heavily during the on-stage appearances by FCC Chairman Julius Genachowski and a panel discussion among all four other FCC commissioners later in the show.

Organic Light Emitting Diode TV sets are also on display, despite long promises (at least four years) and continuing doubts about the viability of the bright, flat-panel technology. A CES research official confirmed that the difficult OLED production process has a yield of about 17 percent -- that is, more than four out of five screens fail and screen life is notoriously short.

The ascent of Ultra HD is also ubiquitous, although the Consumer Electronics Association’s dream to cement the UHD term as an industrywide marketing moniker is already foundering. As previously reported, Sony plans to stick with its “Ultra HD 4K” label. Sharp announced a two-tier UHD line-up, which includes one version that can be deemed “UHD Lite.” Sharp introduced the new “ICC Purios” brand for its true 4K products. It will also use the “Aquos Ultra HD” brand for a scaled down version. Meanwhile, Sharp plans to add a new generation Quattron technology which doubles the resolution of each pixe by using a sub-pixel signal processing system that a Sharp executive characterized as “similar to Ultra HD at a lower cost.” Sharp’s 90-inch Aquos smart LED 3DTV, recognized with a CES Innovation Award as the “largest LED TV on the planet,” is pictured.

The Smart TV category is blossoming, as seen in the expansion of the nascent Smart TV Alliance trade group. Panasonic, ABOX42 and TechniSat, IBM and Specific joined the group, which focuses on stimulating cross-platform Smart TV applications and services.

Exemplifying the integration of TV and online content was Panasonic’s introduction of its new “SmarTViera” products. As part of the launch, Panasonic unveiled its alliance with HSN, the TV shopping network. HSN CEO Mindy Grossman demonstrated an interactive version of it’s “Shop by Remote” service, which uses the company’s proprietary technology to buy products they select on demand. Grossman called it an escalation of HSN’s “engagement and commerce” made possible by the smart TV technology. Panasonic said the HSN implementation was the first of many such content-driven video apps, and an HSN official told TV Technology that the company will launch its app on other, not yet revealed, smart TV platforms.