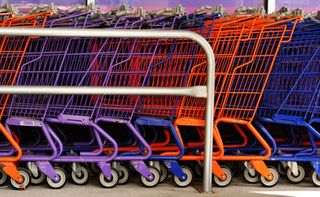 ARLINGTON, VA.: Consumer confidence in the economy is down this month, according to the latest data from the Consumer Electronics Association. Tech spending is also down, the organization reported.

After increasing for six consecutive months and reaching a 35-month high in January, confidence in the overall economy fell more than three points in February, CEA said. Its Index of Consumer Expectation, or ICE, dropped to 172 from 175.7 in January, when it peaked. The ICE measures consumer expectations about the broader economy. The ICE was 165 in February of 2010.

“Compared to last month, consumers’ expectations for employment increased but their expectations for the broader economy slipped slightly,” said Shawn DuBravac, CEA’s chief economist and director of research. “We also might be seeing the first signs of higher commodity prices influencing consumer sentiment.”

Consumer confidence in technology spending also fell in February. The CEA Index of Consumer Technology Expectations, or the ICTE, which measures consumer expectations about technology spending, dropped nearly 12 points this month to 76.2. The metric is the lowest in 10 months and down more than five points from a year ago.

“Consumers indicated they will spend less on consumer electronics, which is typically muted in the first quarter of every year,” DuBravac said. “Some of the decline in sentiment is related to consumers anticipating new product launches that happen in March for many key products.”