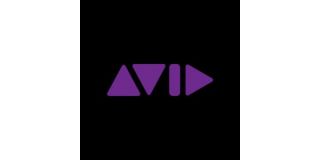 BURLINGTON, MASS.: Avid has sold off its consumer audio and video businesses and cut its workforce by about 20 percent, the company said today. Avid president and CEO, Gary Greenfield, said the divisions had declining revenues and margins lower than the rest of the company. Avid will focus its resources on Media Enterprise and Post & Professional customers.

Around 365 of the company’s 2,200 permanent employees will either be transferred to the new owners or laid off.

“It’s never easy to make these changes, but we believe it will make Avid a stronger... more agile company,” Greenfield said. “As a small company, we’ve had to make some hard decisions.”

Kirk Arnold, Avid’s chief operating officer, who came on with Greenfield around five years ago, will be stepping down, effective today, Greenfield said.

The company’s “facility footprint” is also being reduced, but Greenfield declined to provide details.

Avid’s consumer audio line is being sold to Cumberland, R.I.-based inMusic, the parent company of Akai Professional, Alesis, Numark and others. The products involved in this transaction include M-Audio brand keyboards, controllers, interfaces, speakers and digital DJ equipment and other product lines.

Separately, the company’s consumer video editing line is being sold to Corel Corp., a consumer software company headquartered in Ottawa, Canada. The products involved in this transaction include Avid Studio, Pinnacle Studio, and the Avid Studio App for the Apple iPad, as well as other legacy video capture products.

The combine sale price of both divisions is $17 million. Avid paid $462 million for Pinnacle in 2005. Avid will continue to develop and sell the Pro Tools line of software and hardware, as well as associated I/O devices including Mbox and Fast Track.

The divested product lines contributed around $91 million of Avid’s 2011 revenues of $677 million. The company expects to incur a restructuring charge of approximately $19 million to $23 million related to the divestitures and related cut-backs. The expense will be partially offset by today’s transactions, which are expected to yield about $17 million in proceeds, subject to closing and inventory adjustments. A portion of the proceeds will be held in escrow. Both sales are expected to close today.

Avid executives said the restructuring would save the company around $80 million a year. Shares of the company (NASDAQ: AVID) rose about 6 percent to $7.45 on the news.