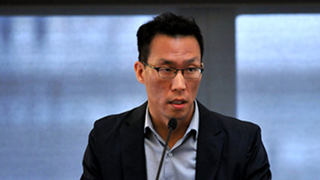 WASHINGTON— During the Advanced Television Systems Committee’s virtual annual meeting, it was announced that Jae-Young Lee, senior research scientist at South Korea’s Electronics and Telecommunications Research Institute (ETRI), is the 2020 recipient of the Bernard J. Lechner Award honoring technical and leadership contributions to the organization.

In announcing the 2020 winner of the Lechner Award, Madeleine Noland, current ATSC president, noted that Lee began working on the ATSC standards about seven years ago representing ETRI and has played an important role in the development of the 3.0 standard.

“He has been a very well-respected contributor, exemplifying the hallmarks of the Lechner Award with an unparalleled command of the technology together with outstanding work within the committees.”

Currently, Lee serves as the chair of ATSC’s S32 Specialist Group on the Physical Layer. In the group, he is known for his “insightful ideas, support and fair analysis,” said Noland.

“This is quite a surprise,” said Lee in comments after learning he was this year’s recipient. “I should thank many people. First of all, my ETRI colleagues who are always supporting work with the ATSC 3.0 standard.”

Lee, who has been a member of the S32 Specialist Group since the beginning of ATSC 3.0, also thanked fellow specialist group members who have contributed to the NextGen TV standard.

PLUS: Schelle: ATSC 3.0 Deployment May Be Slowed by COVID-19

Turning to the ATSC Richer Medal, Noland discussed the Phoenix Model Market partnership, describing it as “a collaborative single-market effort to plan for and implement the transition to next-generation over-the-air broadcasting.”

“They paved the way for the myriad agreements that comprise the broadcast channel-sharing system and even produced a handbook to help others successfully launch ATSC 3.0,” said Noland.

“ATSC is honored to recognize the Phoenix Model Market partnership for their remarkable progress. They have created an end-to-end model system putting a host station on the air with a second station launching soon,” she said.

Pearl TV Executive Director Anne Schelle accepted the honor for the partnership. “It’s been quite a journey,” said Schelle. “We came together in 2017 to spend three years. We’ve stayed together making tremendous progress, and the work we’ve done is bringing success to the industry.”